St. Patrick’s Day is a cultural and religious celebration held on 17 March, but did you know that St Patrick wasn’t even Irish? Here are some fun facts about St. Patrick and the history surrounding this day.

Did you know that…

It’s customary to wear shamrocks and green clothing because it was a representation of the Holy Trinity to the Pagan Irish. That the color green has been associated with Ireland since the mid 1600’s.

It’s believed that Patrick was born in Roman Britain was kidnapped into slavery and brought to Ireland.

Patrick became a bishop and after his death was named Ireland’s patron saint. Celebrations in Ireland were understated though. When the Irish emigrated to the U.S., they created the bigger celebrations and parades known today.

Eighteenth century Irish soldiers who fought in the Revolutionary War held the first St. Patrick Day parades. The celebrations became a way for the Irish to connect with their roots after they moved to America. The celebrations didn’t stop in the U.S. as this holiday as gained worldwide momentum and is now celebrated all over the world. From Tokyo to Chicago to Russia to Australia, St Patrick’s day is now recognized as a unoffical global holiday!

The shamrock: According to legend St. Patrick used the three leaf clover (or shamrock) to explain the Trinity. 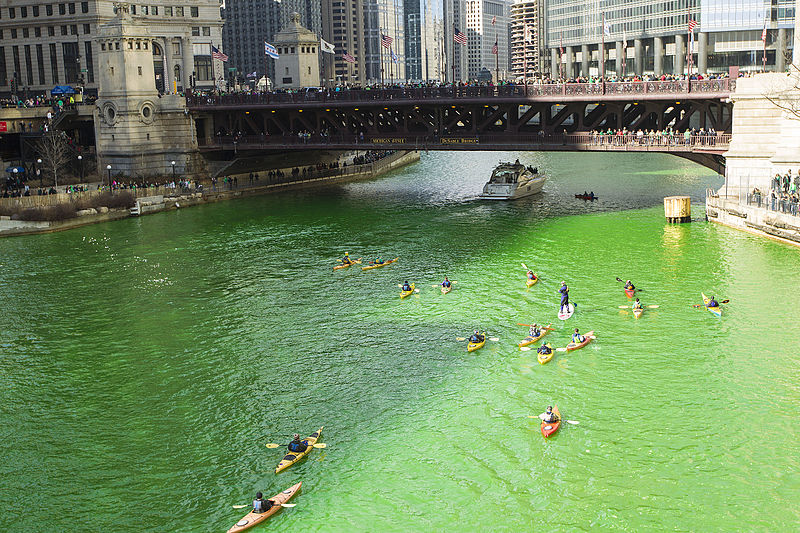 And remember with every order from HoodieTee comes with a bag of lollipops.

-Happy St Patrick’s Day from everyone at HoodieTee!

Appearances are everything, and we know how important it is to have a recognisable brand. That’s why we provide professional and sophisticated personalised workwear to any sized business. Whether you’re looking for staff uniforms or office attire, we can print or embroider your own logo and add names as you wish.

We have a wide range of garments to choose from, including t-shirts, polo shirts, sweatshirts, shirts, fleeces and jackets. And because we do all our printing in house, we can offer an incredibly competitive price; all important for keeping costs down. Whether you are a small office team, a medium size business, or a multi-national corporation, we will work with you to develop your own branded workwear.

HoodieTee are based in Edinburgh, Scotland. A small family run business; we have been screen printing and embroidering garments for over 30 years. We are industry experts, and use only the finest products in our personalised clothing ranges. As a business we cater to almost any need. School leavers hoodies, personalised sportswear and teamwear, customised kits for dance groups and clubs, memorabilia for school trips or ski holidays, branded workwear and personalised uniforms, professionally printed t-shirts for events, charities and organisations, and we offer one of the widest ranges of clothes for perosnalised children’s wear. We have clients all over Scotland, in Edinburgh and Glasgow, from Aberdeen to Stranraer. But we don’t stop there; we provide personalised clothing, print and embroidered garments across the whole of the UK and beyond. If you’re local to Edinburgh, elsewhere in Scotland, and on some far flung outreach of our island, get in touch and we’ll provide you with the very best personalised clothing for your organisation.

Enquire Online Now
Ready to order? All we need is a few details to get the process started. "To all at HoodieTee, I just wanted to say thank you for making this part of organising a stag do a breeze. From start to finish it has been easy...." "Thanks once again, everyone is really happy with the hoodies, and it’s been requested that we possibly set up another store with you next semester. Really pleased with the service" "Many thanks for the fantastic job you and your team did on the hoodies for Argyll House, they girls absolutely love them! I will try and get the girls together..." "Thats fantastic - thanks for setting this up and making the whole process so painless! We will hopefully do the same next year, will be in touch."